If we ride a bicycle in the evening or at night, it is more dangerous without some protective measures. Because it is not easy for a car driver on the road to see someone riding a bicycle there. This situation can only be experienced by drivers, if a cyclist never had a changed to drive a car, he might not experience this.

There are many safety protection measures for riding a bicycle, one of which is very important is how to let the driver see you. To make the bicycle light is a really good idea, because the car driver can see the light. This is especially important for children riding bicycles.

How to make the bicycle light? This is not difficult, we can put some light-emitting objects on the bicycle. A great idea is making bicycle wheels light. Because the wheel is the largest movable part of the bicycle.

The Nite Ize See EM Mini LED Spoke Light that is officially sold by Amazon can be used with bicycle wheels, which can make halos, the effect is very good, and the user reviews are also good. It is an Amazon's Choice item. See the picture below.

The September is the start month of fall school, children like to ride bicycles to and from school, then bicycle safety measures must be implemented. In terms of light emission, we ordered the Nite Ize See EM Mini LED Spoke Light which is officially sold by Amazon.

Below is the unopened appearance. We can see that there are mainly 4 LED lights. These 4 small lights are attached on the spokes of the bicycle wheels, they can form a brighter halo as the wheels turn, so that drivers on the road can easily see someone riding a bicycle.

Let's open the package and take out the following items: We can see there are four LED lights with buckles (one green, one blue, and two red), and an instruction manual with safety instructions. 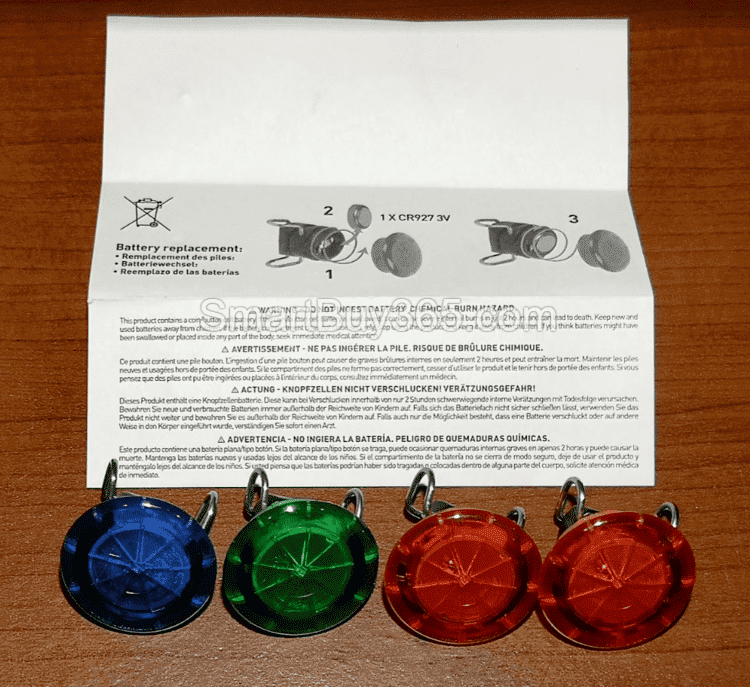 We zoom in to see the buckle of the LED light. We can see that the black part will be put to a steel spoke of the bicycle wheel, and then the metal part is buckled to prevent it from falling off. This item's design is not complicated at all. 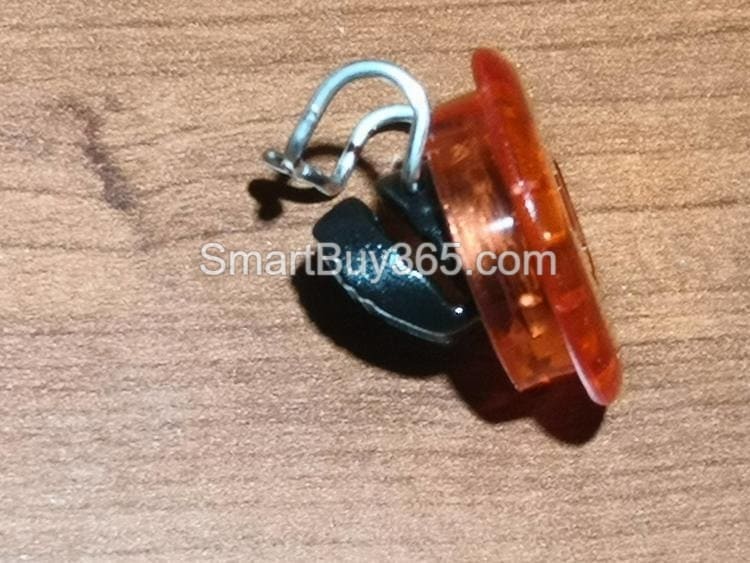 Each LED light is powered by a battery, which is already contained when you buy the item. The photo below shows how to replace the battery. After a few more turns counterclockwise, the plastic head cover is removed and the battery can be replaced. 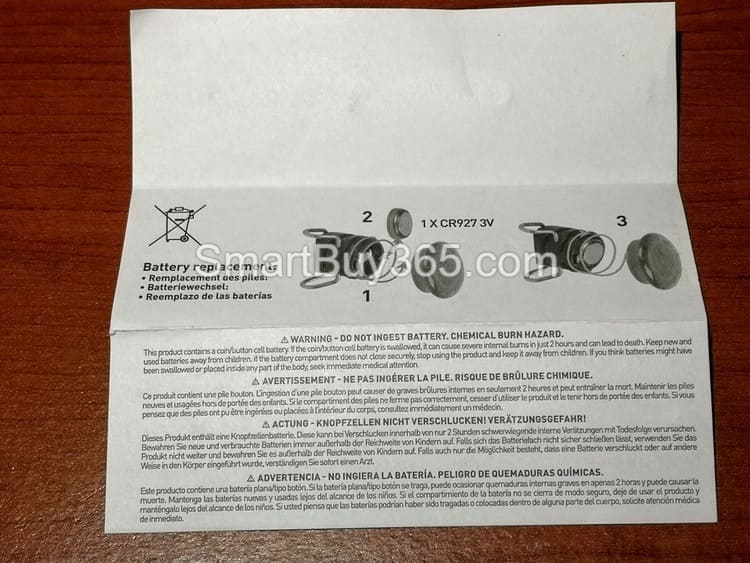 We opened an LED light and looked at it. The LED light uses a button battery (CR 927 3V Lithium lithium). Each battery can theoretically last for 24 hours. Of course, if the battery runs out, you have to replace it yourself. 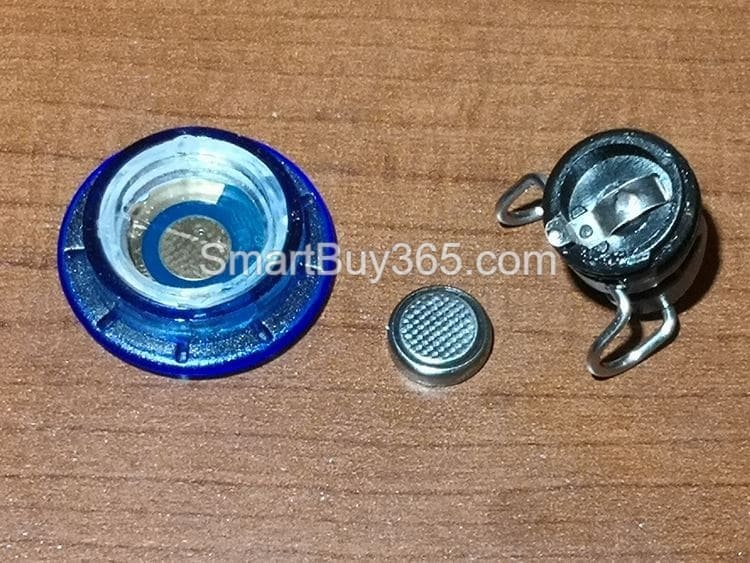 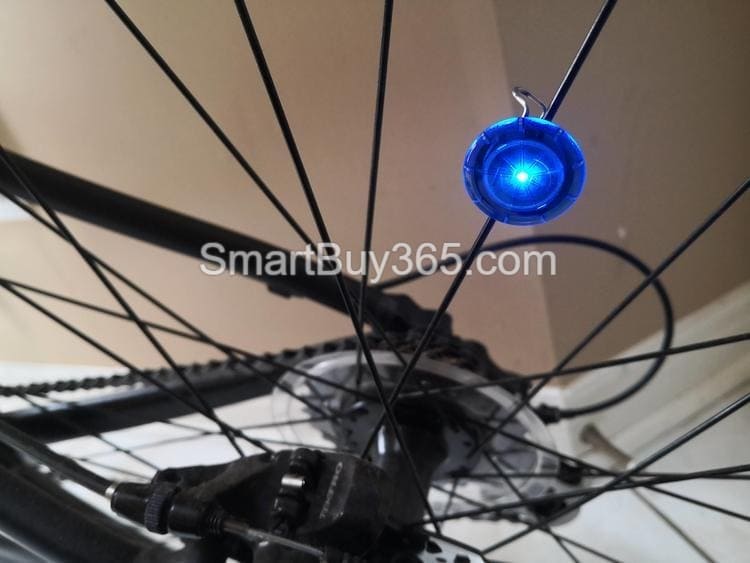 Note that Nite Ize See EM Mini LED Spoke Light is suitable for multiple common bicycle spoke types, Such as oval, round or bladed (flat), but not suitable for bicycles with carbon spokes.