We ordered Amazon Echo Dot 3 from Amazon's official website this holiday season and received its package about 2 days later. A very ordinary large envelope was thrown into the doorstep of the house. I didn't know what it was at first. I opened it and saw the blue box of Amazon Echo Dot 3. 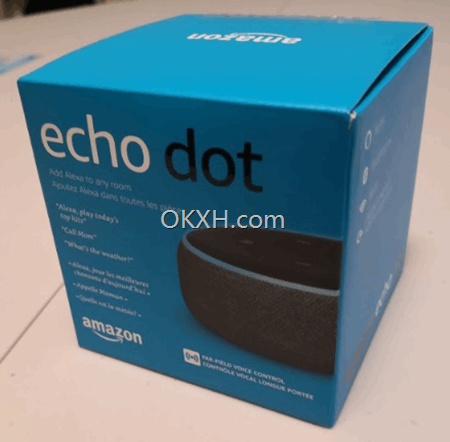 This blue box is a square cube with a side length of about 10cm. Partial photos of the product itself can be seen from the front. The voice commands corresponding to several commonly used functions of Amazon Echo Dot 3 are marked on the side, such as playing music, calling mom (or other people), check the weather, etc. These belong to the field of artificial intelligence and are controlled by voice.

Opening the blue box, we see that the top is the Echo Dot 3 product itself. There are four buttons on it, which are the power on, the sound up, the sound down, and the sound off buttons. Echo Dot 3 is currently available in four colors: Charcoal, Heather Gray, Plum, Sandstone. The color we ordered is Charcoal. 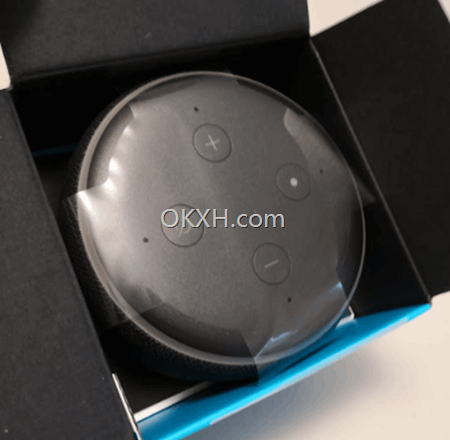 The contents of the box include the Echo Dot 3, the power adapter, as well as the product manual, warranty, and a list of brief voice control commands. 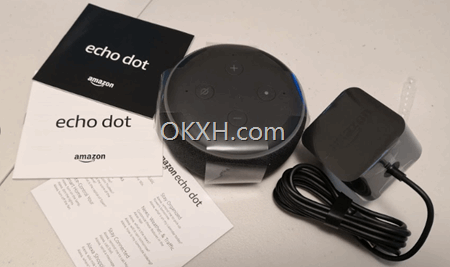 Echo Dot has always been like a coin or a button. The exterior of this third-generation Echo Dot has been changed to fabric appearance, but only on the side. The upper and lower sides are smooth surfaces. Below is a photo of its bottom. The third generation is significantly larger than the previous generation. Just because that the volume is increased by 70% compared to the previous generation due to the increased power amplifier. 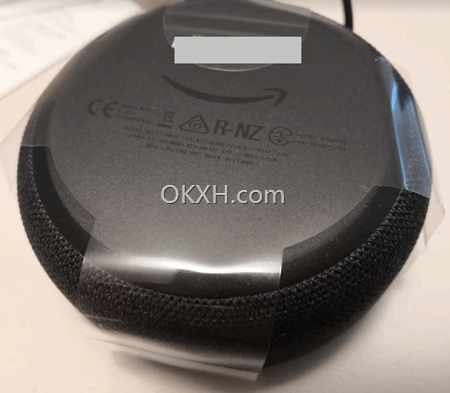 The power adapter follows the workmanship of the Amazon series and is of good quality. “two-flat” type plug. 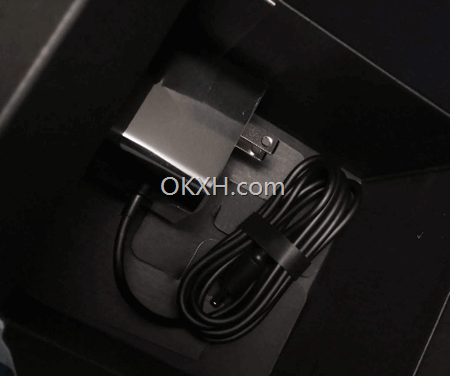 Amazon Echo Dot 3 can help us play popular songs and listen to radio stations. It can be used with other Amazon devices. It can also answer some of questions, such as what time it is now and what the weather is like. You can also set an alarm clock. And reminders; you can also call somebody. We will follow some features of Amazon Echo Dot 3 later.

Echo Dot 3 can only be purchased through the official Amazon website.