Although Amazon has the famous Echo Dot, Google is unwilling to give up this cake that looks promising, they have launched similar smart speaker products, namely Google Home Mini and Google Nest Mini. The latter is the 2nd generation of the former. 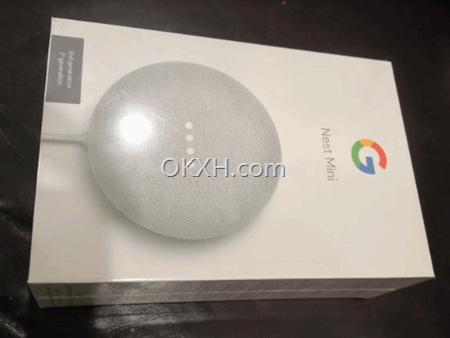 Our one is Chalk color, it actually looks a light gray color. The product looks more like a button than Amazon's Echo Dot.

There are three main contents in the box: Google Nest Mini, power adapter and brief instructions. 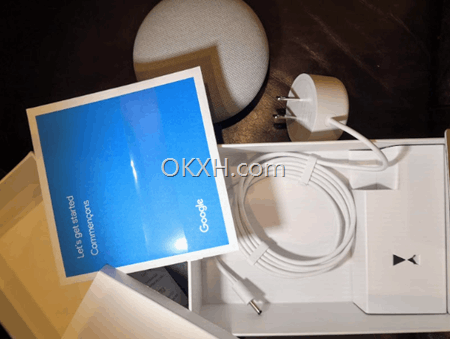 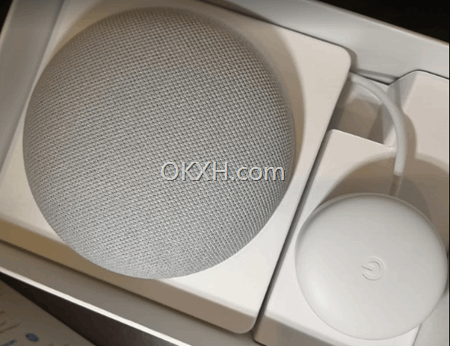 The picture below is another top photo of the Google Nest Mini product. This is what it looks like when it is power on. You can see four lights on the top. In fact, there are two more indicator lights on the left and right sides, which must be pressed by hand to display. That is the button indicator to adjust the sound level. 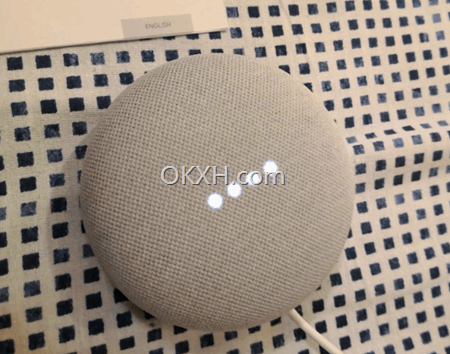 The picture below is the bottom of the Google Nest Mini. We can see that the bottom of the Google Nest Mini has holes for wall hanging, which can be hung on the wall. We can also see that there is another hole and a button-like thing on the side. The hole on the side is the power jack. The button-like thing is actually a slider. It turns the microphone on or off. 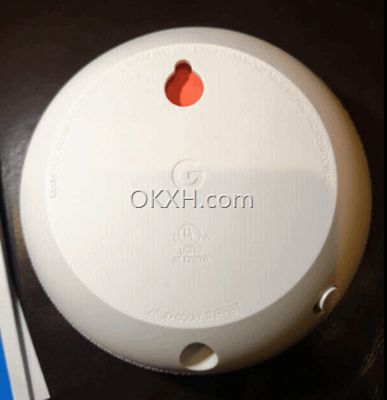 In terms of workmanship and design, some people prefer Amazon Echo Dot 3, but others prefer Google products.

For the functions, the Google Nest Mini and Amazon's Echo Dot have several main functions similar to each other. They can play music on demand, make calls, report weather, and control other smart devices. But there are some differences, and we will have further information in other articles.