(2021 Aug Updated) The topic of distinguishing hard disk types is a bit "big", here we can only make a brief distinction.

The SSD is different from the mechanical hard drive we are talking about, so we will not involve SSD here.

Desktop and Mobile Category. Blue HDD is the main hard disk for common computers, it is especially suitable for data access in home computers

No more available. The green HDD used to be a choice for common computers too, but it just do not have the same performance as the blud HDD. But green HDD is the main energy saving and low power consumption. WD officially classified the green disk as the blue disk and it was merged into the blud HDD line; 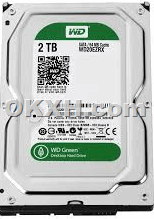 Black HDD is also used on common computers and is characterized by high performance compared to blue disks. The price is more expensive than the blue HDD;

It is often adopted by consumers who have higher requirements for data access speed and performance, such as setting up a home server, or editing multimedia videos and photos; Some enthusiast gamers also like the black HDD; 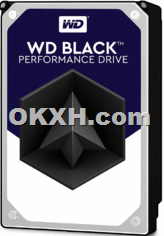 WD Red HDD is NAS HDD. Red NAS HDD is designed specifically for NAS systems. It can have 7 x 24 operation and reliability.

The performance of the red disk are similar to the green disks, with low power consumption, low noise, and being able to adapt to long-term continuous work. 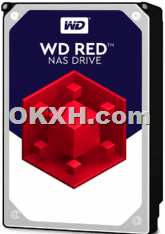 Enterprise level category. It is designed for enterprise specially. Golden HDD provides best performance. It can have 7 x 24 operation and data saving reliability like red HDD, but golden HDD can be better reliability with longer MTBF(Mean Time Before Failure). Of course, it is more expensive. 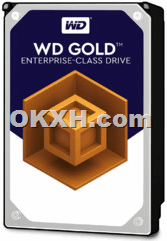 For example, when we watch TV, we can ignore a little bit video breaking but just skip to next section which is for more smooth video playing.

However, the advantage of the purple disk is that it can also work 24 hours a day, but it has the best adaptability to the environment. For example, outdoor temperature difference, dusty places and so on.

From the design of the purple HDD, we cannot use the purple disk as a NAS disk. 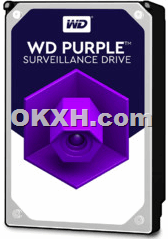 or Local store such as BestBuy, Canada Computers.